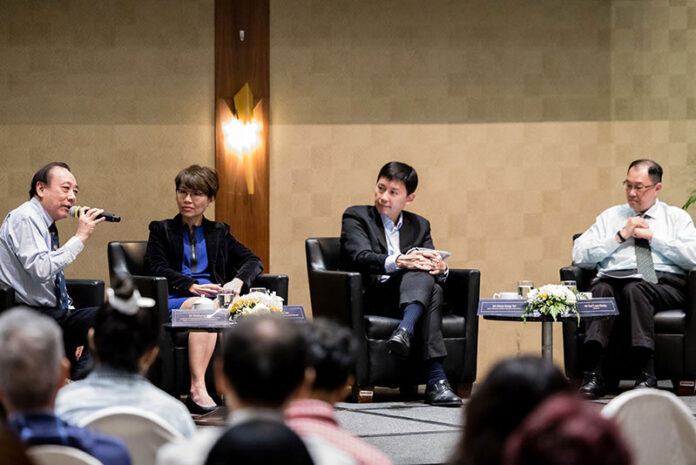 When it comes to education systems, there’s no “perfect answer” to what makes one “the best”, said Senior Minister of State for Education, Mr Chee Hong Tat. Different countries at different stages of development will have varying needs, and for Singapore, which is preparing for the Fourth Industrial Revolution, education needs to adequately prepare the youth for this “fast-changing global environment”.

Speaking at “The Future of Singapore Education”, a dialogue hosted by NUSS at Kent Ridge Guild House on 15 January, Mr Chee discussed core concepts that underpin education policymaking in Singapore. He highlighted four aims, which he called the “ABCDs” of education in Singapore: acquiring knowledge and skills, building character, continuing education for lifelong learning and developing a fair and just society.

On the first goal, Mr Chee cited statistics that revealed that nearly three-quarters of Singaporean students who took the 2019 Programme for International Student Assessment (PISA) experienced anxiety about failure. To address this, steps have been taken to encourage students to venture out of their comfort zone and try out new ideas, shared the minister, who pointed to schools that have implemented the Applied Learning Programme to help students apply what they learn in the real world.

Meanwhile, as technology changes the ways that we live, work and play, new advancements will bring about a technologically driven education landscape that could see the use of solutions like artificial reality or virtual reality in teaching methods, said Ms Joy Tan, General Manager at Marshall Cavendish Education, who was a panellist at the dialogue. With learning becoming more personalised, new competencies will be developed, so may new modes of assessment, she added.

Singapore wants to be an important hub in Asia, so its education needs to “increase our students’ knowledge and understanding of the region”, added Mr Chee, highlighting the new Singapore-China Youth Interns Exchange Scheme, which enables local students to embark on six-month internships at companies in China, and vice versa. 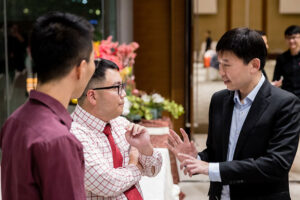 Mr Chee also emphasised the importance for students to develop good character and values, as well as appreciate Singapore’s diversity, harnessing it to power growth. With the gradual phasing-out of academic streaming and the introduction of subject-based banding in its place, students have more opportunities to interact with one another, which can hopefully foster greater mutual understanding among different students. Cross-school friendships are bolstered through the national outdoor education curriculum, shared the minister, while Character and Citizenship Education, whose syllabus is constantly reviewed to keep with changing times, remains an educational “cornerstone” that cultivates in students a strong sense of identity and rootedness to Singapore.

For older adults, efforts have been made to encourage learning as a “lifelong endeavour”. Pointing to the SkillsFuture programme, Mr Chee said it was crucial for Singaporeans to remain trained and upskilled in order to stay relevant and employable amidst drastic changes brought about by technology. He assured tighter quality controls on the training courses offered, while highlighting the need for increased collaboration between education institutions and industries, calling it an effort that requires cooperation across many sectors.

Lastly, Mr Chee spoke on education’s role in shaping a “fair, just and compassionate society”. Addressing the controversies surrounding meritocracy, he acknowledged its downside – social inequality — and provided insights on the ways it can be cushioned. “One way is for the successful to give back, which enables wealth redistribution to the low-income,” he said, while also referencing the increased subsidies for early childhood education, as well as the extension of greater financial aid to students of independent schools, as part of initiatives such as Project Uplift.

Audience members who attended the dialogue felt encouraged by the goals outlined by the minister. Praising the steps taken to bridge the social divide, Ms Chan Mee Leen, a retired principal of Chestnut Drive Secondary School, shared how students themselves can play their part in helping their peers. “Every morning during the June term break, student volunteers from Hwa Chong Junior College would come down faithfully to our school to coach our O-Level students in subjects like Science. Some of these students even became good friends. It was such a morale booster for the whole school.”

As for Mr Felix Tan, an NUS student and start-up owner, though he felt that more information could have been provided on how the education might evolve over the next few decades, he was encouraged that “the ministry is devoted to constantly adapting to changes” and that consideration is being given to learners of all levels.

Despite challenges ahead, both nations can lead the way especially in the digital and green landscapes. Australia and Singapore share a long and strong relationship...
Read more
Scene & Heard

Three business leaders share valuable insights in a fireside chat on how Asians can succeed in the post-COVID era. On the evening of 8 June...
Read more
- Advertisment -