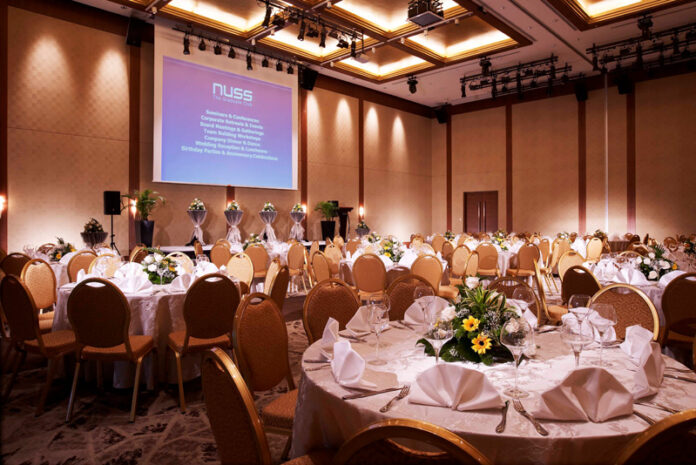 NUSS’ Della & Seng Gee Guild Hall has had an illustrious history – from playing host to international trailblazers and leaders such as Facebook Co-founder Eduardo Saverin and Nobel Prize winner in Physics, Prof Andre Geim, to setting the stage for many celebrations and fond memories for many members.

A virtual General Meeting was held on 25 January 2021 to address the proposed Resolution tabled to seek Members’ approval to renovate the Della & Seng Gee Guild Hall and give this key space a much needed facelift after its last renovation 13 years ago.

Prior to this, artist’s impressions of the renovation project were set up at all three Guild Houses as well as on the Society’s website for members’ viewing. Members were also able to submit their questions retaining to the Resolution by email, by noon, 18 January. No questions were received by the stipulated deadline. An online briefing was also organised on 22 January to give members a better understanding of the renovation project prior to the General Meeting.

As of noon, 25 January 2021, when the ballot boxes closed, 151 proxy forms on the Resolution were received. Out of the 151 forms received, 116 members voted for the Resolution, while 30 voted against and five abstained.

The Resolution is carried. Click here for more information.

Renovation works will commence in 1Q of this year and members can look forward to a refreshed event space soon.

Despite challenges ahead, both nations can lead the way especially in the digital and green landscapes. Australia and Singapore share a long and strong relationship...
Read more
Scene & Heard

Three business leaders share valuable insights in a fireside chat on how Asians can succeed in the post-COVID era. On the evening of 8 June...
Read more
- Advertisment -