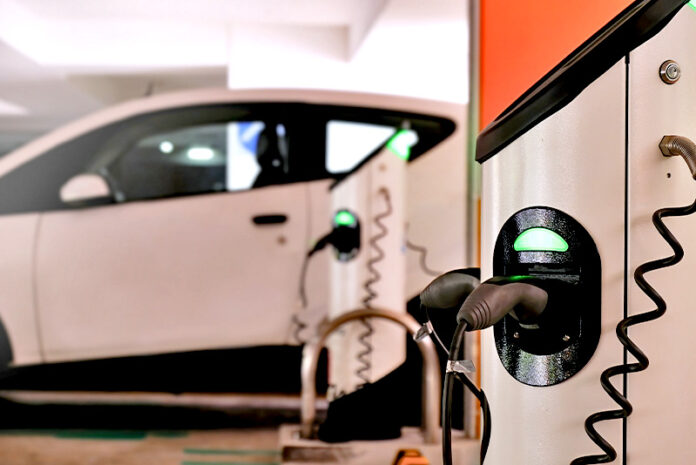 From lower carbon emissions to cheaper operating costs, Electric Vehicles (EVs) are poised to take over our roads. They have also become more popular and there is much interest from the masses to learn more. This was very evident at the virtual event on Climate Change: Plans to Promote Cleaner Vehicles on 24 March 2022 hosted by NUSS. The evening speaker was Mr Mark Tan, who heads the National Electrical Vehicle Centre (NEVC) at Singapore’s Land Transport Authority.

Formed in March 2021, the NEVC serves as a one-stop programme office to promote EV adoption through accelerating the deployment of EV charging, setting of regulations and standards for EV charging systems, and cultivating a vibrant EV industry eco-system.
The event started at 7pm with the moderator, Mr Tan Tzann Chang, conducting a snap poll among the 25 participants. A majority (58%) were interested to switch to EVs, while 25% were not considering it. The remaining 17% revealed that they were not planning to buy a vehicle and would continue to rely on public transport.

When asked about the factors considered when thinking about making the switch to EVs, 82% stated the upfront cost of an EV and 80% mentioned the availability of charging points. While 64% were worried about vehicle and battery safety, 65% brought up the limited availability of EV models. Some 18% were unsure of the environmental benefits.

Mr Mark Tan started off by commending the 17% who favoured public transport. He said commuters reduce their carbon footprint by 90% with the MRT; by 70% when travelling in an electric bus and only by 50% in an EV when compared to an Internal Combustion Engine (ICE) vehicle. Naturally, this carbon footprint is reduced to zero when walking or cycling.

Already, LTA had procured and deployed 60 electric buses, with the eventual aim of phasing out all diesel-engine buses by 2040, with the target of electrifying half of public bus fleet by 2030. Taxi operators have also been adding EVs to their fleets as they pivot to cleaner energy sources and have committed to electrify at least half of their taxi fleets by 2030.

Given LTA’s push for a car-lite future, Mr Tan encouraged the audience to purchase an EV only if making a switch from an ICE vehicle. He then addressed the concerns about EVs raised by the audience. 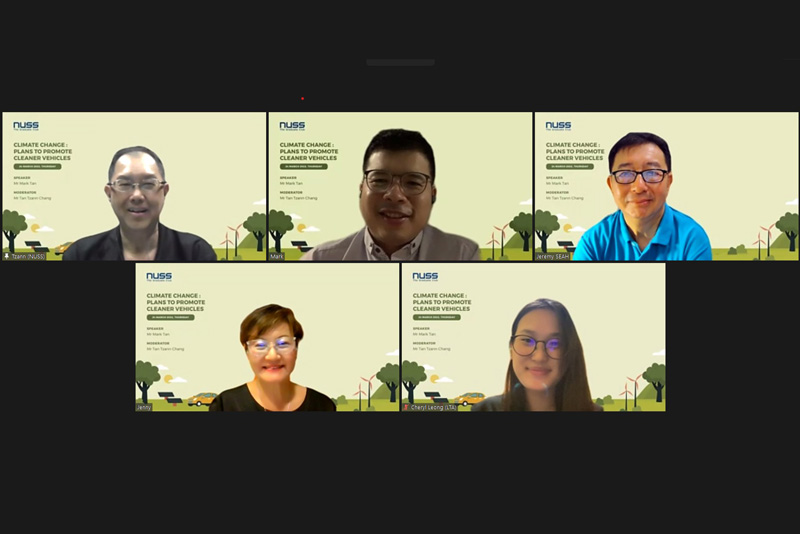 While many EVs are at upfront price parity with their ICE equivalents after applying the EV Early Adoption Incentive (EEAI) and the enhanced Vehicular Emissions Scheme (VES) which will collectively lower the upfront cost of owning an EV by up to $45,000, Mr Tan acknowledged that several electric models would still be more expensive.

However, he pointed out that EV owners save on maintenance cost because an EV has fewer moving parts and is simpler to maintain and repair than an ICE equivalent.

Furthermore, he noted that advancements in EV battery technology are driving down the costs of EV batteries rapidly. Given that the EV battery is also the most expensive component of an EV, analysts estimate that the upfront cost of buying an electric car will rival that of an ICE car as early as 2026.

The Government had also announced that every HDB Town will be EV-Ready by 2025, with around 2000 HDB carparks equipped with charging points. Already, LTA and the Urban Redevelopment Authority (URA) have awarded a pilot tender in September 2021 for more than 600 charging points to be installed across 200 public carparks.

Safety of batteries in EVs

Mr Tan assured the audience that there are strict safety standards that vehicles must adhere to during the vehicle homologation process. This ensures that EVs and their components such as batteries are safe for use according to international automotive standards.

Some may argue that EVs might not be much more environmentally friendly than vehicles that run on fuel because electricity is produced by fossil fuels too. However, Mr Tan clarified that an EV emits half the amount of carbon dioxide than an ICE vehicle, and our grid is fuelled by natural gas which is the cleanest fossil fuel available. As such, the electrification of vehicles will contribute significantly as Singapore works towards reducing 80% of land transport emissions by about 2050.

Electric motorcycles are next in line

In a world with unlimited views and perspectives, how do we discern if our view is the right one? As the art exhibition ‘Incomplete...
Read more
Scene & Heard

About 80 NUSS members and guests had an enlightened evening at the Fireside Chat with NUS President entitled ‘Can the Future Be Shaped?’ held...
Read more
Scene & Heard

We wrapped up NUSS’ virtual Annual General Meeting (AGM) on the evening of 28 April 2022. Prior to the AGM, two virtual dialogue sessions...
Read more
- Advertisment -