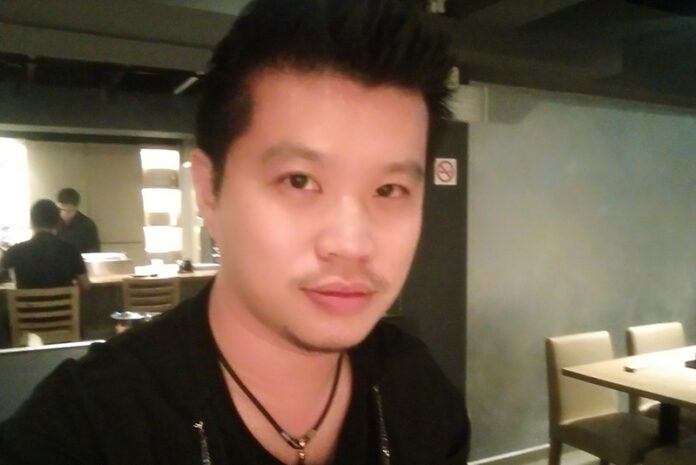 New Management Committee (MC) member Dr Keith Liew received the 15 years NUSS Long Service Award in April 2022. A dentist by training, Dr Liew joined the Society in 2002 after graduation and had a short stint as a MC member between 2008 and 2010. He also served in the Food & Beverage and Membership Sub-Committees for many years. We caught up with him to find out more.

He decided to follow his heart to rejoin the MC

As a young doctor with many aspirations, I joined the MC 14 years ago and was also Deputy Chairman of F&B and Membership Sub-Committees then. I took time off after my tenure with the MC to focus on my career advancement.

As my heart has always been with the Club, I continued to serve in the Sub-committees. Now that I have successfully achieved certain significant milestones in my life and career, I felt it was time that I return to serve as an MC member.

My aspirations have not dimmed but I believe priorities and considerations have changed to reflect a more mature outlook. I am ready to contribute to the Society in whatever I can – time, mind and heart.

He holds many fond memories of the former Guild Houses

With many years of experience serving the Subcommittees, particularly in F&B and Membership, I experienced many milestones but the most significant one was when we transited from one clubhouse to another.

After the Orchard Guild House was closed in 2003, the Suntec City Guild House opened at its former site with the outdoor open terrace offering a fantastic skyline to boot. Many nights were spent playing pool and having great conversations with friends — those who have experienced it often recall that as one of the best places we had.

The construction and transition to our current Kent Ridge Guild House between 2006 and 2009 was one of the most memorable milestones. I was with the MC at that time and there were lots of coordination and preparation work. All the hard work paid off, culminating in the official opening of the Alumni Complex and NUSS Dialogue with the late Minister Mentor Lee Kuan Yew.

In that same period, we also undertook to build and complete Bukit Timah Guild House which was officially opened by then President SR Nathan who became NUSS Patron at that time. In that whole period, we actively pushed our membership drive with roadshows and managed to attract many new members to join the Club.

He was touched by how the Club pivoted during the pandemic

The two-year period of COVID dealt a devastating impact to our bottom line. It was through the hard work and commitment of the Secretariat and F&B team that we pivoted to takeaways and deliveries.

Despite the ups and downs, our Committee Members remained steadfast and committed, and contributed much to ensure the running of the Club never wavers — that is something that counts for much as we are all volunteers here.

He is passionate about F&B

NUSS, besides providing great facilities for sports and recreation as well as engaging activities to stimulate the mind and serve the needy, has always been about delivering the F&B experience and interaction among members and guests.

F&B is the lifeblood of the club, not only in terms of revenue but its potential to foster membership experience, touching every aspect and activity – be it members enjoying the live band at the Bistro or singing at the karaoke lounge; at a balut game or after a gym workout, at the Bar during a live soccer game; or catching up with friends at the dining outlets and the “yamseng” at banquet halls.

I would love to elevate this membership experience by breaking new grounds in our F&B offerings, with the blessing of the MC and members. It involves tighter consultation and collaboration with various stakeholders all the time. A great F&B experience translates to continuous patronage, better recommendation, higher footfall and ultimately more new members wanting to join the Club.

I have always been passionate about giving back to our alma mater and contributing to the current student body. Some of them will become our members in future, and it makes sense that we, as the largest alumni body, engage them as undergraduates and postgraduates as early as possible.

We must also push forward to link up more cohesively with other alumni bodies and organisations, within and beyond NUS, locally and internationally, to widen future networking and collaboration endeavours — this will enhance the value of our membership and promote our overall membership experience and benefits for all.

Giving back in more ways than one