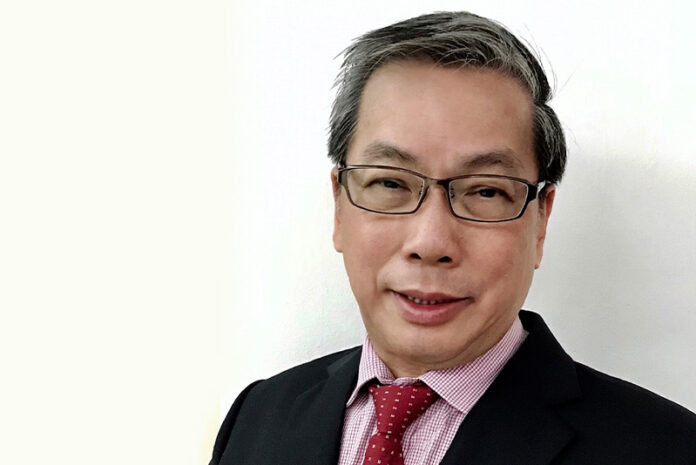 Mr Lee Hay Keong’s experience with NUSS includes more than 12 years of Sub-Committee work. Following his term in the Management Committee (MC) as Honorary Treasurer in 2012/2013, he is back in the MC as Deputy Chairperson for the Finance and Alumni Development Sub-Committees for 2021/2022. We speak to Mr Lee to find out what motivates him to continue serving the Society.

I am delighted to be appointed to the NUSS MC. I’ve been working with the Sub-Committees even before my first tenure in the MC back in 2012/2013. After leaving the MC in 2013, I continued to serve in the Finance and Alumni Development and University Relations (now known as Alumni Development) Sub-Committees. I guess some of the current MC members sort of missed me and encouraged me to run for an MC position again this year. Because of my short stint with the MC back then, this feels like homecoming for me now. But on a more serious note, I think that we are all contributing equally to the Society whether we are in the MC or Sub-Committee level. The platforms may be different, but the heart and passion to serve remain a common denominator.

He has his fellow members and MC colleagues to thank

I would not deny the fact that the campaign journey has not been entirely easy. As in last year’s election, the prevailing pandemic situation posed some challenges to the campaigning process. We were not allowed to campaign physically, so we had to depend on online election messaging on the Society’s e-campaign platform as well as garnering support through online appeals and phone calls to friends and fellow members. I am especially grateful to many of my fellow members and MC colleagues who have provided tremendous help and guidance to me throughout the process, and for physically turning up at the Guild Houses to support and vote for me when the ballot boxes opened.

The Finance Sub-Committee plays an important role as a watchdog over the financial health and performance of the Society, maintaining budgetary oversight of the major aspects of the Society’s operations such as F&B, membership, sports and recreation, etc. I look towards working with the Chairperson and fellow team members to strengthen the Sub-Committee’s role in safeguarding the financial assets of the Society and ensuring that every dollar of our members’ contribution is well spent.
The NUSS-NUS Mentorship Programme is an iconic feature of the Alumni Development Sub-Committee. I plan to work with the Chairperson of the Alumni Development and team to expand and bring this successful programme to greater heights. We will capitalise on the many valuable lessons and experience accumulated over the years to fine-tune the matching process as well as ensure par excellence in the professional and relational aspects of the mentor-mentee journey.

He also aims to bring NUSS across borders

Another area of focus that I intend to work on is to broaden our outreach to more alumni of established foreign universities, with a view to enhance reciprocal arrangements and meaningful exchanges between our members and other international graduate bodies.

My involvement with the task force for the redevelopment of the Suntec City Guild House back in 2014 was quite a memorable experience. Under the able leadership of Mr Lai Kim Seng, we had to work closely with the interior designer and consultants to put together a comprehensive interior design renovation plan and budget for members’ approval at an EGM.

It was followed by a race against time to get the contractor to complete the renovation within budget, schedule and quality expectations. No less demanding were the subsequent negotiations with the contractor to bring the overall cost into budgetary alignment at the final accounts. Having said that, the sight of members marveling at the completed new Guild House was a reward to all the sweat and effort the task force members had selflessly put in.

He does not see his achievements as ‘rewards’

Instead, gratitude is what keeps him motivated to serve

It boils down to a desire to give back — whether it is giving back to the school and alma mater which has moulded you into who you are, or the society which has given you the opportunities to achieve what you have now. Gratitude gives one a sense of direction in life. Besides serving NUSS and being a grassroots leader serving the community at large, I also serve in the alumni committees of my secondary school and junior college. I suspect I would have also served in my primary school alumni committee if my school was still around.

The allure of the electric vehicle is growing Electric Vehicles (EVs) are fun to drive, require little maintenance and produce about half the emissions of...
Read more
Profile

Getting into the Groove: NUSS DanceSport Lights Up the Dance Floor

Renowned for its flashy sequin outfits and upbeat dance music, competitive ballroom dancing, otherwise known as dancesport, is an activity enjoyed all around the...
Read more
Profile

In the Kitchen with Chef James Aw

In this interview series with NUSS’ Chefs, we invite you to go beyond the dinner table to know the men behind the scenes. The...
Read more
- Advertisment -