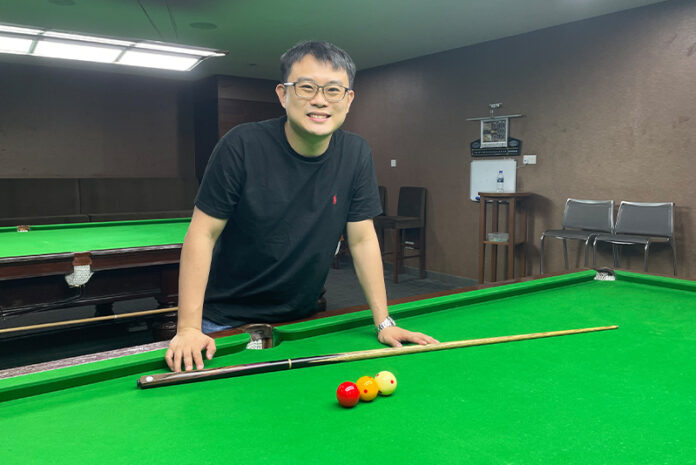 This was his first time playing in the National English Billiards competition although he has played in numerous snooker and pool competitions, starting from his days as an undergraduate where he represented NUS in intervarsity pool tournaments.

The integrated risk analyst’s passion for Snooker started when he was a 10-years-old. Recalls Jeremy, “I watched the 2000 World Snooker Championship Finals, where Mark Williams won the world title against Matthew Stevens 18-16. I was amazed at how well both players were able to pot the balls at various angles.”

His English Billiards interest started when he began learning more about the sport and even went for informal training with multiple Sea Games Bronze medalist, Alan Puan. The 31-year-old ex-civil servant went on to win medals at the Public Service Star Games in 2017 and 2018.

Two years ago, Jeremy became the Convenor of Billiards and has helped grow the membership in the Section to 31. He practises at the Billiard Room at Kent Ridge Guild House two to three times a week for about three to four hours each time either individually or with his regular group of players. 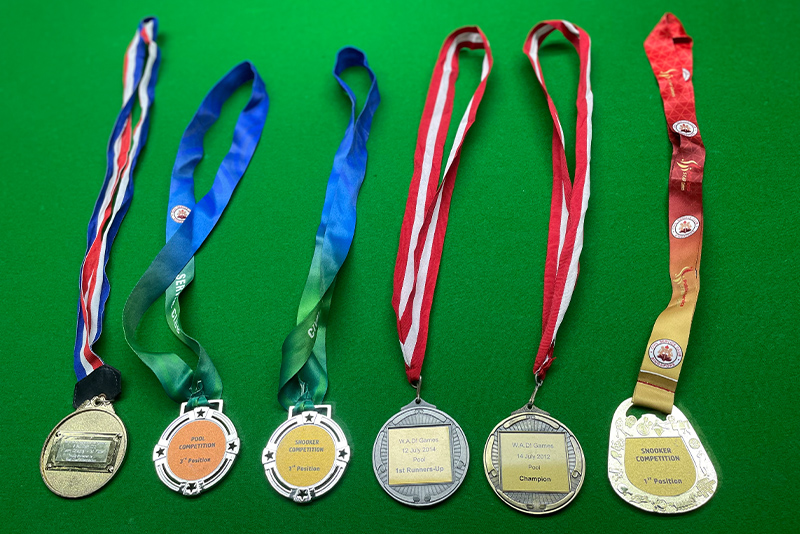 “One can manipulate the balls in many ways and every game is different. There is never one game that is exactly the same,” highlights Jeremy who recently set up an online boutique store with a partner retailing in Billiards equipment.

What is a game that combines elements of tennis, table tennis and badminton? Pickleball! A pickleball court is similar to badminton, with a net similar...
Read more
Club News

From Frail To Fit On Two Wheels

Our hearty congratulations to our Personal Trainer, Khen Kee Wei for passing his American College of Sports Medicine (ACSM) examinations and being conferred as...
Read more
- Advertisment -